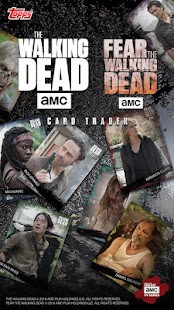 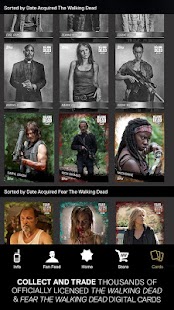 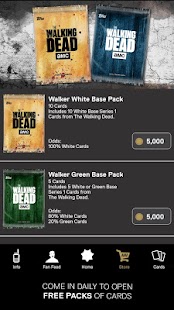 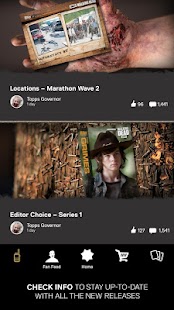 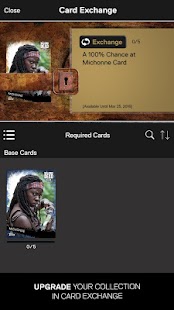 The Topps Company, Inc. has partnered with AMC to bring terrifying, never-before-seen content from AMC’s hit TV horror-drama, The Walking Dead and popular companion series, Fear the Walking Dead to digital trading cards for fans to collect and trade in Topps’ The Walking Dead: Card Trader.

Join your favorite survivors as they fight their way through walkers and combat villains. Relive the suspense of AMC’s hit drama-horror, The Walking Dead, and your favorite moments with survivors Rick Grimes, Daryl Dixon, Michonne, Glenn Rhee, Maggie Greene, and many more.

“The Walking Dead and Fear the Walking Dead have passionate and rabid fan bases looking for new and creative ways to stay connected to their favorite shows,” said Jeremy Strauser, General Manager of Topps Digital. “Topps is uniquely capable of delivering both physical and digital trading cards that will keep fans engaged and allow them to own a piece of these acclaimed shows.”