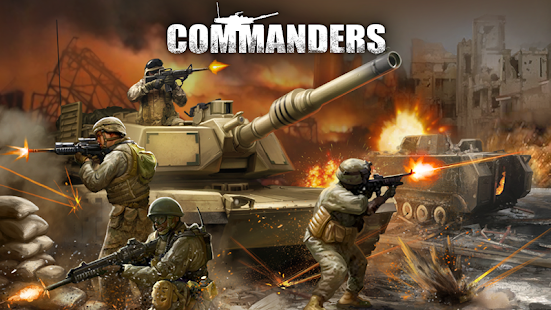 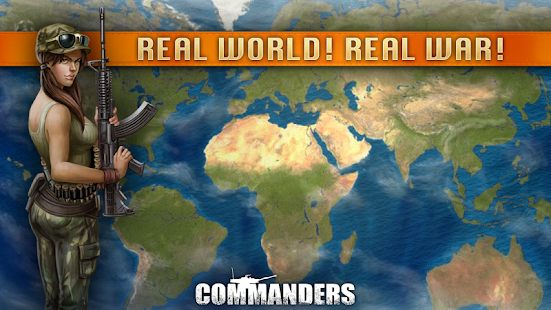 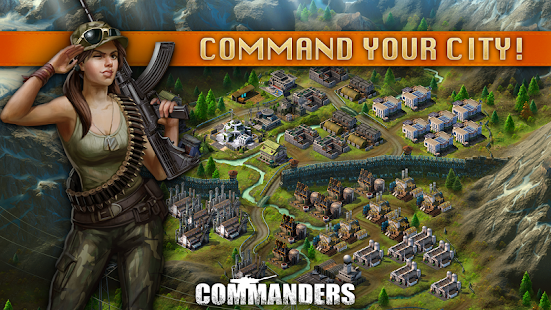 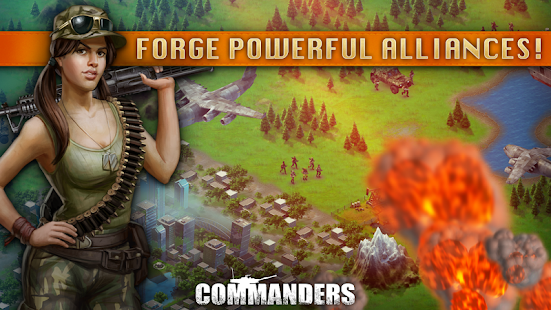 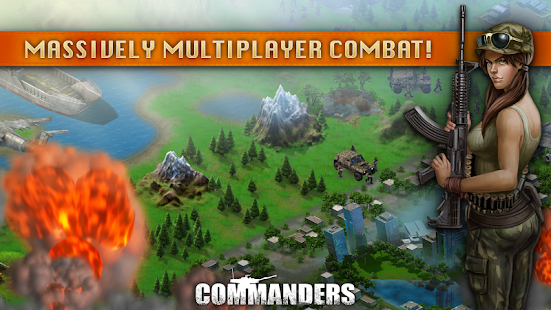 The governments of the world have fallen, leaving scattered armies, vicious warlords, and a terrified populace in their wake. Can you return order to a world torn apart by war?

Take command of your City and rebuild your military might. Harvest resources, train your troops, and research powerful technologies to advance your cause. Form alliances with other live players and do battle to dominate the globe. The entire Earth is available for you to fight and scheme your way to victory!

Commanders is an exciting combination of base-building and near-future military combat with thousands of other live players. Forge alliances and climb the leaderboards to claim your spot as the ultimate Commander of the world!