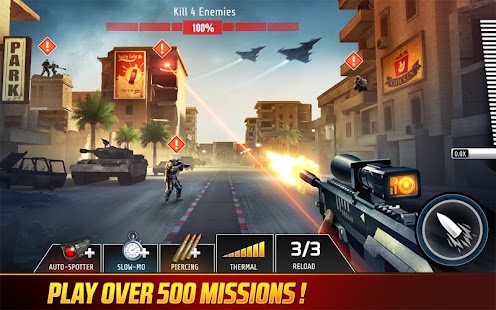 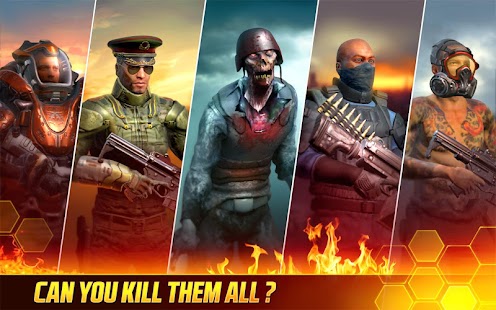 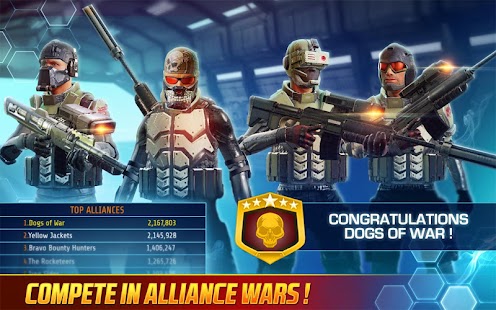 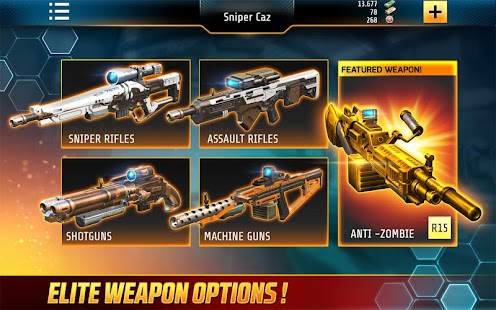 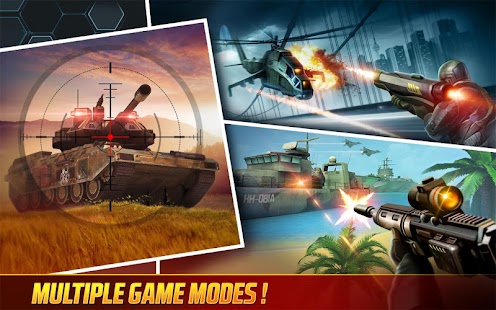 Welcome to the #1 fps shooting game for mobile phones and tablets! Go to war with the enemy and prove your sniper skills in the king of 3D mobile shooter games.

Arm yourself with deadly sniper weapons, machine guns and the latest military gear to complete covert missions deep inside enemy territory! All of this in a FREE fps action game.

In Kill Shot Bravo, it’s your duty to save the world. That means hunting terrorists, killing zombies and waging war on evil armies.

Call yourself a sharp shooter? Then put your skills to the test in the top free sniper game for Android.

*OVER 2400 MISSIONS*
As a Special Forces soldier you will navigate secret missions across the globe, shooting hostile forces that stand in the way of a peaceful world.

• From guerrilla combat in jungle mountain ranges, to recon missions on Mediterranean islands, you’ll travel the world to gun down terror threats as an elite sniper.
• Commandeer vehicles to turn the tide of battle! Navigate close quarter combat down narrow alleys in the back of a jeep, or take out hostile threats by air in hazardous helicopter missions!
• Complete breach missions to enter occupied buildings and clear them of any threat! Survive a full on enemy attack in multiplayer assault games and shoot more enemies than your opponent.
• Move through stunning 3D environments to find the best sniper vantage points and take the all-important Kill Shot!

Download the app now for free and enjoy regular updates with new regions and missions. This is one fps game you won’t get bored of.

*GO TO WAR WITH THE ENEMY*
• Shoot different enemy types each with their own strengths and combat objectives. Prove you can adapt to different shooting game styles.
• Unleash your fury and shoot down Flying Drones, Exo-Suit Soldiers, Zombies, Mechs, Heavy Gunners, Enemy RPGs, Marksmen, Riflemen, and Commando Bombers.

*LIVE PVP SNIPER DUELS*
• Test your skill against other snipers in live online Player Verses Player shooting matches in PVP mode!
• Be the hunter before you are the hunted!
• Use your heat meter to zone in on the enemy threat.
• Find your target. Take aim. Shoot!
• Multiplayer shooting games have never felt this real.

*JOIN ALLIANCES AND BOUNTY EVENTS*
• This time you won't be fighting alone! Build powerful alliances with other shooters and help each other to complete the high-risk missions.
• Discover and kill enemies with bounties on their heads before they can escape!
• Take out hordes of zombies in exclusive events. Work with your alliance to stop the Virus and start killing some zombies.
• Friends can join you in multiplayer missions, spotting the targets and assisting you to shoot enemies.
• Full Chat function in game to allow tactical discussions with other snipers.

*CUSTOMIZE*
• Customize your avatar and get Perks to help in the battle!
• Unlock and equip cool army gear, including helmets, military uniforms, body armor, goggles, facemasks, gloves, boots, and more.
• Get a fresh Kill Shot moment with every victory! Now YOU get to control the Kill Shot camera as the final round zooms towards its target for the ultimate hit! This is a free fps game with premium customized content.

*GOOGLE PLAY SERVICES LEADERBOARDS AND ACHIEVEMENTS*
• Compete for high scores alone or with your Alliance against opposing Alliances.
• Earn Achievements for showing off your deadly sniper skills.
• Take on weekly Quests to win additional prizes and achievements