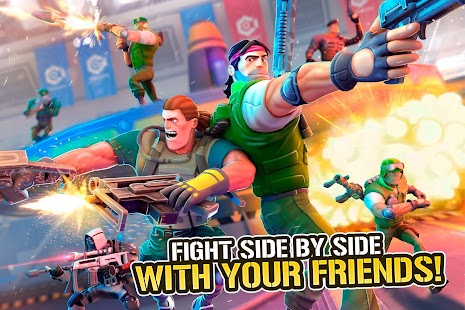 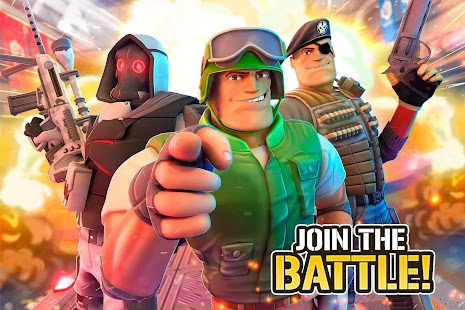 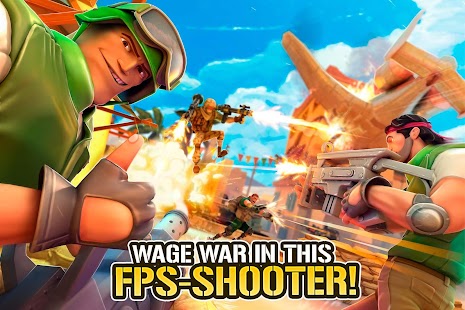 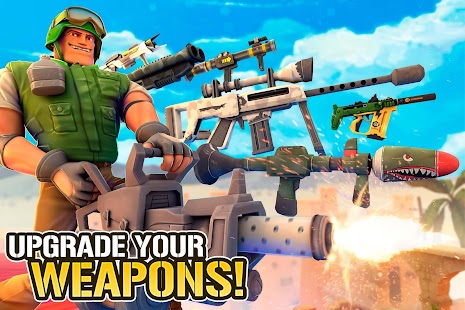 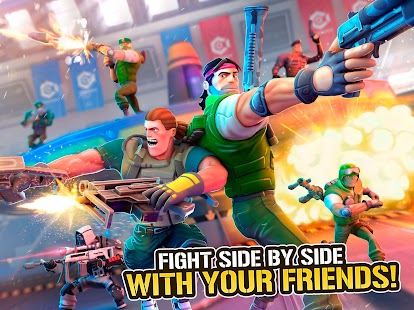 The shooting madness and third person shooter that will make you forget any other FPS combat is here! Feel the thrills of the fighting and counterattack in this mmorpg and become a real sniper! Get ready for the war action with your favorite gun and join now this multiplayer shooting battle. Have you already chosen your shooter weapon? Run, shoot, laugh and respawn!

…you are NOT expendable, you are… RESPAWNABLE!

Join now this fun third person shooter mmorpg adventure! Play this shooting game both Offline or Online for FREE: Complete challenges, join a squad, counterattack or just kill them ALL shooting a gun!
Become whoever you want: sniper, special ops soldier, shooting expert, rifleman, marksman, or just a combat killer to feel the thrills of the adrenaline in this online third person shooter full of multiplayer war action! Choose your weapon among gadgets, shotguns, rifles, firearms, thumper gun, machine guns… Join different teams and define your strategy and tactics for the fight to defeat the rifleman rivals in the battlefield!

OFFLINE MISSIONS:
- More than 185 single quests. Choose your shooter and start leveling it up!
- Test all the weapons and plan your offensive in this pvp shooter
- Short battle for entertainment on the go!
- Practice your FPS strategy offline to counterattack and destroy your enemy on the online mode

ONLINE MULTIPLAYER THIRD PERSON SHOOTER AND BATTLE SIMULATOR MODE:
- Seamless connection and matchmaking mmorpg
- Two shooting RPG modes: Free For All & Team VS
- Play with allies on a war action battle with a single goal: the survival of your army!

If you love RPG and third person shooter games, this mmorpg will make you forget about any other shooter, FPS defense, FPS pvp, rifleman shooter defense or sniper war action games you played before! Assassin, terrorist, gunman, elite sniper, thumper gun man or just a killer… Which one will you choose? Make your sniper or gunner aim the shooting target and with your favorite thumper gun, prepare the assault with a shotgun or a rifle and attack and counterattack with violence with the fire of the bullets of your weapon to damage the rival rifleman or sniper in this mmorpg you will love!
Choose your sniper thumper gun and mark your target in the battle of this shooting war action struggle. A FPS shooter never was so funny! Start shooting in this third person shooter multiplayer online!

“Win or lose, Respawnables is still an incredibly fun and addictive shooter” - 148Apps.com

Get Ready for the Holidays with Google Play!

Please note:
- This shooting game is free to play, but extra content can be purchased with real money. To restrict in-app purchases adjust the settings on your device.