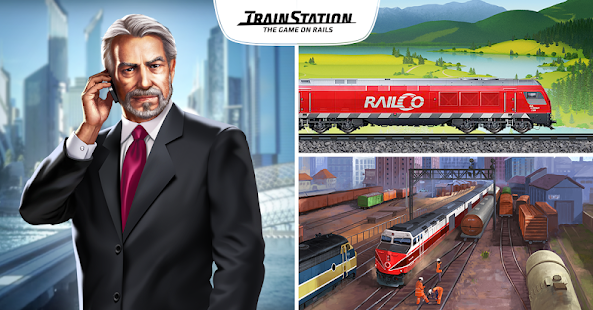 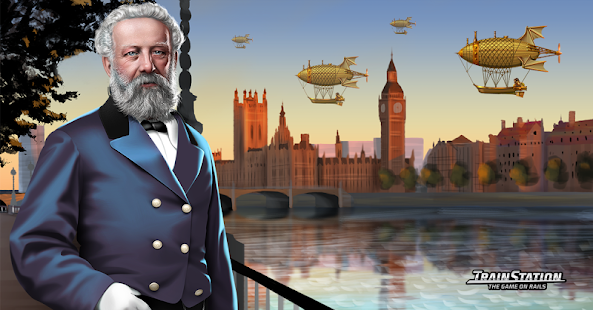 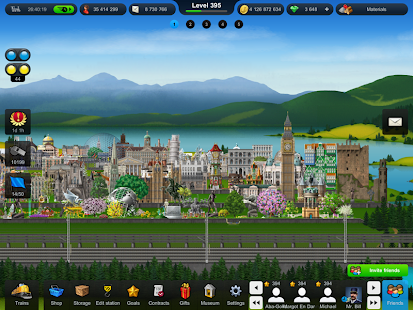 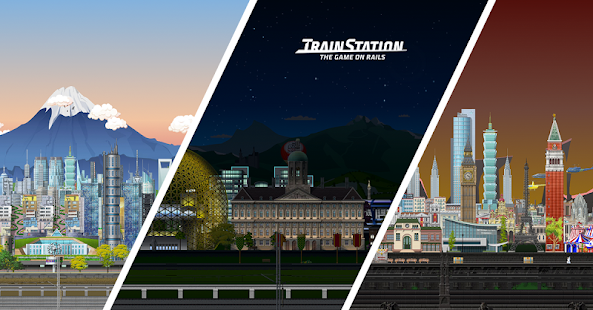 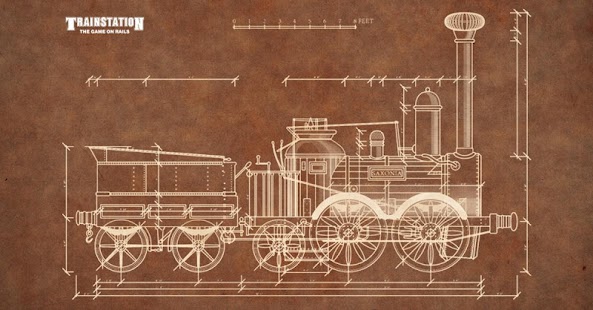 TrainStation is the highest rated locomotive railroad tycoon game on Google Play in 2015. Our Game on Rails is the best and most popular train simulation game representing beautiful world of trains enjoyed by over 20 million players all over the world. Download now for Free!

Build your own transport empire
Explore the largest collection of steam, diesel, electric and maglev trains, exciting themes, plus tons of achievements and story-based quests. Build your own transport empire and prove yourself as a true railroad tycoon. Experience the most amazing train ride of your life! Among various train games all over the world, TrainStation is considered to be the absolute best by many gamers.

Features:
- Over 1000 locomotives from steam engine legends to hypermodern trains
- Colourful railway station themes of Western, Orient, San Francisco, London, Berlin, Venice and many more
- Transport passengers, mail and various materials
- Manage your station and improve your buildings and tracks
- Do business with contract partners and engage in fascinating story-based quests
- Complete over 500 challenging in-game achievements
- Regular weekly updates full of wonderful locomotives and fresh content
- Enjoy relaxing ride and feel like a train driver in a train simulator mode
- Challenge your friends and play TrainStation together
- Build the largest rail fleet in the world and turn into a railroad magnate
- Drive your railroad empire to success and become a transport tycoon

Collector or just admirer?
Becoming a railroad tycoon have never been more fun! In TrainStation, you will find all your favorite trains from American, European, Asian or even Australian railways. Special quests by contractors will test your business skills like never before and tons of achievements will make this railway game even more challenging.
Prove yourself as a worthy rail manager and lead your transport empire from the era of steam engine machines to state of the art maglev trains. Keep in mind an economic side of your business and trade various goods with your friends or tycoon partners. Celebrate unique transportation or national events, manage your city and turn into a true magnate.

Highly appreciated locomotive railroad simulator
TrainStation is a highly appreciated train simulator, especially in the community of railway enthusiasts, transport fans and train drivers. In addition to managing your train fleet, you can build your own station based on a famous city, drive your locomotive, or even hear a real simulation of a horn blast.

Your feedback drives the game quality even higher!

TrainStation is completely free to play, however some game items can also be purchased for real money.

Note: A network connection is required to play the game
Note: To run the game smoothly, your device needs to have at least 1GB of RAM and 640x480 resolution

Do you have any suggestions or problems? We would love to hear from you!
Contact us at support@pixelfederation.com!

And don't forget to check other Pixel Federation games!