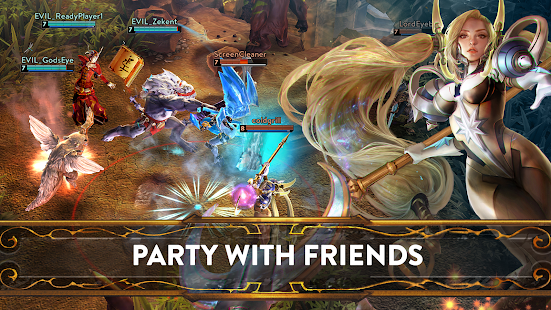 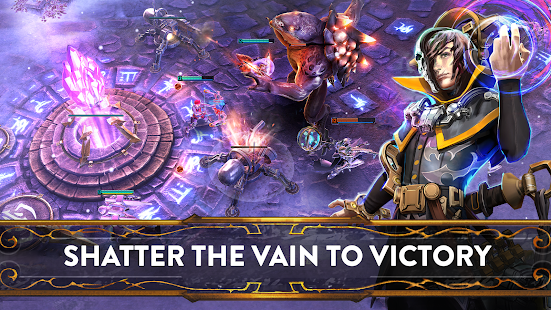 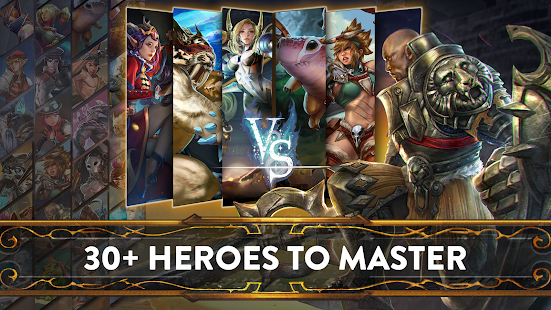 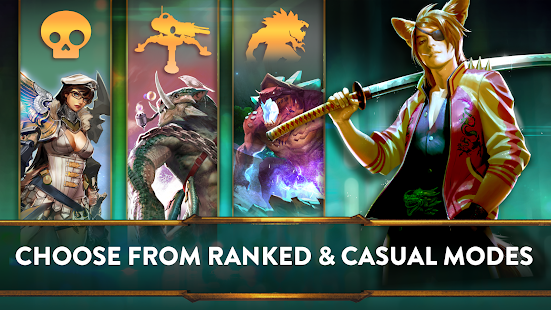 Welcome to the Halcyon Fold. Join with friends in a free-to-play, real-time PvP multiplayer online battle arena (MOBA). Dive into a variety of game modes; from quick Brawl matches to deep competitive Ranked games. Vainglory lets you choose from an ever-growing roster of 30+ heroes as you battle in real-time to destroy the enemy Vain crystal. In this MOBA, you’re rewarded for strategy and teamwork — not for spending the most money.

"This is one of the best multiplayer experiences on mobile. Vainglory is a totally legit MOBA experience, available any time in the palm of your hand." —IGN

“Sets the bar in terms of visuals, balance and controls.” —TouchArcade

== Casual, Ranked and Quickplay Modes ==
Vainglory offers real-time MOBA combat with and against bots or live players. Whether you’re ranking up with your guild or just want to hop into a five-minute play session, Vainglory has the gameplay style for you.

== 30+ Playable Heroes & Unlockable skins ==
Choose a hero that fits your playstyle. Carry your team with a high-damage hero, dominate the jungle or lead your team into battle as a Captain. Then collect three different tiers of skins (and the seasonal special edition skins) that fit your personality!

== Touch Controls & E.V.I.L Engine Designed for Mobile ==
Designed for mobile, Vainglory’s game engine is made for intense, battles with 60 FPS. No need for a joystick; Vainglory’s pinpoint touch controls offer sub-30ms control responsiveness. In simple terms, you tap on the enemy: They die.

== Guilds and Teams ==
Need someone to play with? Vainglory’s built-in Guild Finder makes finding a team at your skill level simple. Create a team to climb ranks as a group or play with your Guild to earn even more rewards.

== Chests and Rewards ==
Collect in-game currency to unlock amazing tiered rewards like skins, heroes and more! Find Mystery Keys to get bonuses and the opportunity to get huge payouts.

== Vibrant Community ==
Vainglory is a global community in 17 different languages that thrives on the support of active players. Follow Vainglory’s official social media channels for the latest news and announcements!