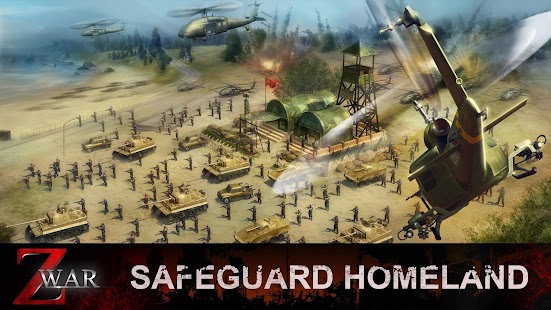 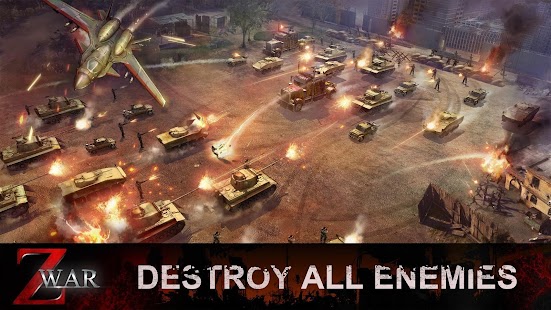 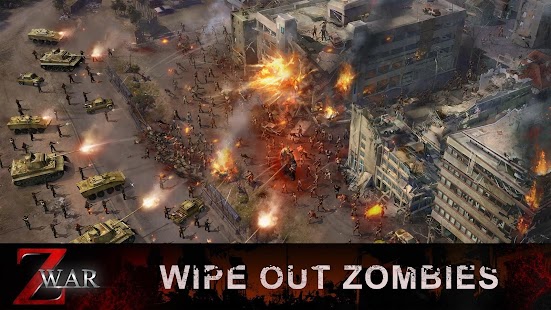 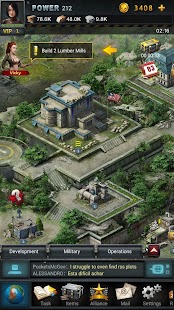 Overcome the hysteria of the outbreak and launch a new world order in Z War, a game where you lead the last empire on earth on a quest of salvation from the ominous empire z. Utilize missiles, artillery and tanks to go into overkill and wage a deadly campaign of restoration and to reach your target of an orderly society in this online military thriller which pits you in a battle against countless evil undead. Can you rise up and drive the dead back to hell to ensure the survival of humanity?
Build up your settlements and defences, gather resources, upgrade your arsenal and develop technology. Command your troops and battle the undead, before targeting rival’s territory to ensure your territory’s continued expansion. Train in the arts of modern warfare and develop your skills and you just might be able to rebuild civilization from its impending doom in this zombie thriller.
After the dire situation, many survivors have banded together as allies to beat the infection and have begun to cooperate to ensure survival. Choose to join an alliance and if you do, alongside your new allies, compete against others in online military PVP action. Claim crucial resources and use them to increase your chances of survival and guide humanity to its redemption!
Enlist players experienced in campaign warfare and make them your ally to gather resources and increase your resistance abilities. Target and send hordes of demons to their deaths. It’s down to you, alongside your allies, to complete your quest of driving progress forward and bringing back discipline and rule of law to the world!
Features Overview
-Rise up and download this totally free to play military and undead themed empire z game and begin your quest today!
-Seek out a trustworthy ally and go into battle with millions of other players in this unrivalled warfare thriller.
-Build a strong arsenal, develop different technologies that will improve your resource production, reduce your building and recruitment times and increase your fighting effectiveness to overcome the infection.
Amongst the hysteria, become the leader of civilization in this zombie themed strategy game!
As leader it’s up to you to command a powerful force and stay alive in the face of the dire World War Z: hordes of terrifying, evil undead. Utilise your leadership instincts, upgrade your buildings and develop new technologies to save your people to help your empire before ruling supreme over the world.
Call upon elite troops to do battle with hundreds of different types of zombie!
Give your people the chance and motivation to become capable of protecting your city by driving away empire z and claiming new territory as you go into overkill mode.
Form alliances built on trust and mutual respect!
Resist the ominous infection and rise up alongside joining with players from around the world to make friends and become allies to rival other clans in this heart pumping, zombie thriller.
Command your troops in war against the undead!
Select the right tactics for the enemy you face and you will soon be on a path towards supremacy of the post-World War Z world. Watch on as your well trained men drive tanks to target and slay your rivals before claiming their territory and expanding your empire.
Research cutting edge technology to beat the infection and stay one step ahead!
Developing technology can have a dramatic effect on your clan and your ally’s resources, tank squadron, building and recruitment times and battle capabilities.
Humanity is counting on you to rise up and return order after the disaster of apocalypse! Rebuild your city and use your expertise to begin the quest to restore world peace!
Check out our official Facebook page: https://www.facebook.com/zwar2015