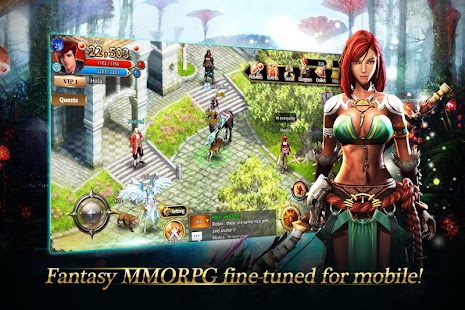 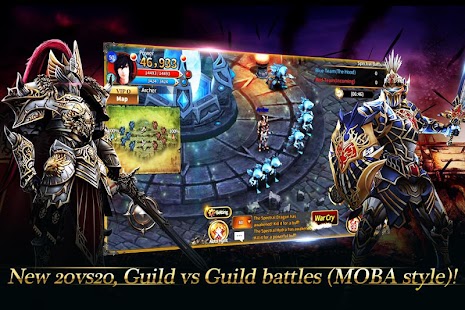 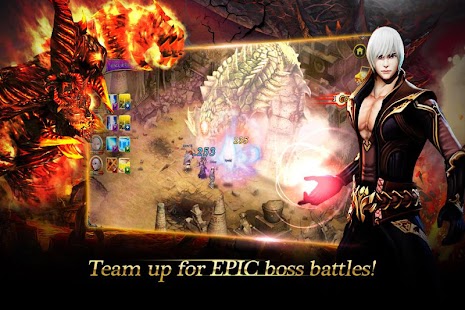 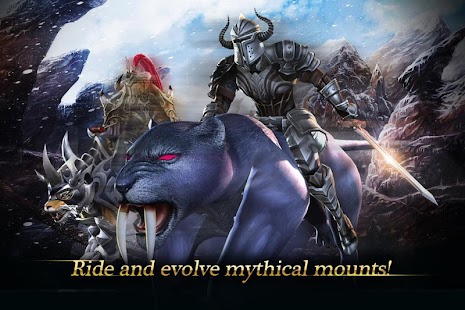 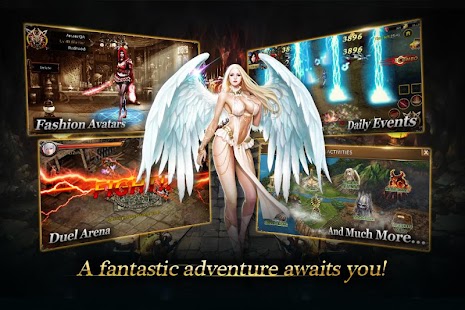 Arcane Online is a new heroic fantasy, free-to-play MMORPG perfected for mobile devices. Immerse yourself in a magical world filled with thousand of other players, monsters, and characters.

Can you discover the secrets of the Spirits and vanquish the evil spreading across Eldine?

★ CHOOSE AND CUSTOMIZE YOUR HERO
- Choose from 4 character classes: Archer (NEW), Mage, Shaman, or Warrior.
- Level up your preferred skills, and reach the max level 70!
- Craft your legendary gear, avatars and gems to customize your character.

★ BE PART OF AN ONLINE RPG COMMUNITY
- Join dedicated servers for your region.
- Chat with other online players.
- Meet and party up with Friends, or Make enemies.
- Create or join a Guild and lead it to the top!

★ RAID DUNGEONS AND FIGHT EPIC BOSSES (PVE)
- Go solo or group with up to 3 other players for Epic, Hell and Survival PvE Dungeons.
- Battle and loot massive Raid Bosses.
- Join a raid to take down the challenging World Bosses and get your Relic Wings!

★ SHOW YOUR SKILLS IN PLAYER VS PLAYER (PVP) COMBAT
- Challenge other players to real-time PvP Duels or climb the PvP Arena leaderboard.
- Declare Guild Wars and Fight or Flee: free open PvP and PK in the MMO world!
- Fight in the weekly 150 players PvP Siege War and conquer the Castle with your Guild mates!
- Join the new 3vs3 Battlegrounds!
- Conquer Territories in the new 20vs20 Dominion Wars (MOBA style battles)

★ COLLECT AND EVOLVE YOUR MOUNTS & AVATARS
- Collect, Feed and Train unique mounts to travel faster and boost your character: Tiger, Unicorn, Raptor, Jaguar, Dragon, and more!
- Craft and Collect over 30 Avatar Cards to customize your hero the way you like: Dark Elf, Pirate, Archangel, Valkyrie, Minstrel and more!

★ NEVER GET BORED WITH THE DAILY EVENTS
- Join daily and seasonal events in Arcane Online!
- Receive many daily gifts by just playing the game!

★ AND SO MUCH MORE ACTIVITIES!
- Complete achievements and get lots of rewards.
- Trade with other players in the Auction House.
- Awaken and evolve your Guardian.
- Visit the Abyss to collect treasure chests, or just plunder other players.
- Farm and harvest.
- And so many other MMORPG systems we just can't list...

Arcane Online is a new free to play MMORPG that all fans of PVE/PVP MMO games, Heroic Fantasy, Role-Playing (RPG) and Adventure games should try!

REVIEWS FROM OUR MMORPG PLAYERS
"Best mmorpg on Android"
"Plays like Diablo 2, great to play"
"Awesome! I love this game! It's like Diablo!"
"This game is so awesome luv it perfect mmorpg"
"This is the best mmorpg I've ever played"
"Excellent mmorpg! So much to do!"
"Great classic mmo feel, great game, tons to do"
"Awesome RPG game"
"Most amazing mmorpg."
"Super fun! Very diablo esque"
"One of the best games on here, been playing non stop 3 days in row"

CAUTION
- Arcane Online is a mobile MMORPG only available in English in selected countries.
- The app requires Android 4.1 or newer and a network connection to play (Online RPG).
- After the initial 60MB download and install, you will have to update and patch the whole game, about 900MB total (a good wifi connection is recommended as otherwise the first update will take some time)
- The recommended specs are 2GB RAM, Quad core 1.4Ghz CPU or better (similar to Samsung S3),
- The minimum specs are 1GB RAM, Dual core 1.2Ghz CPU (similar to Samsung S2)