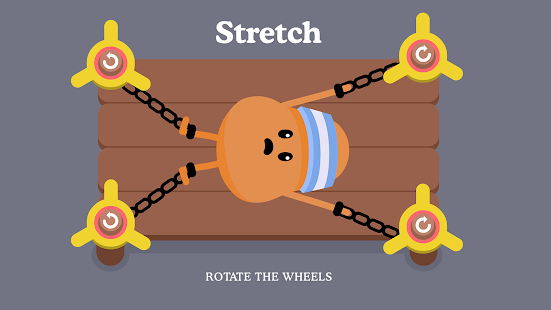 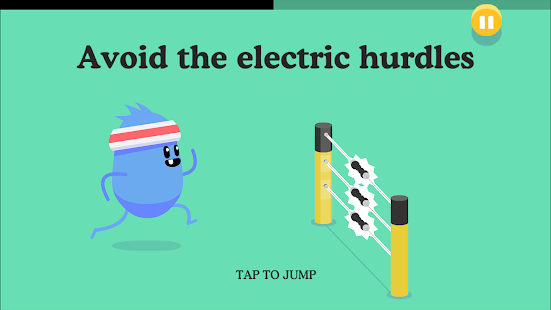 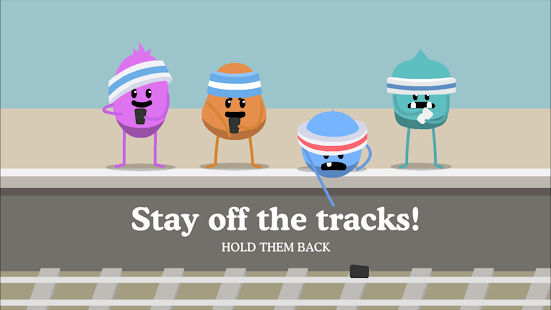 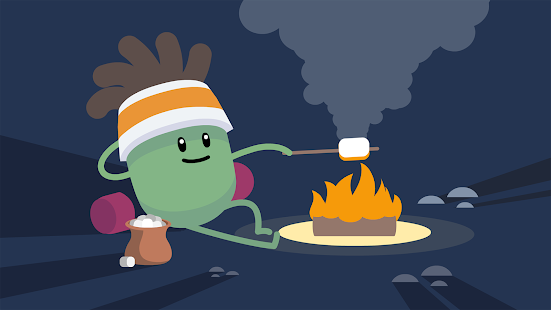 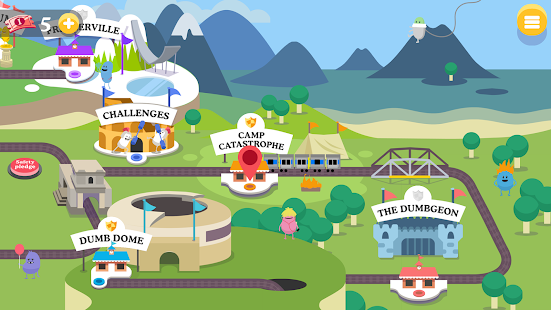 There’s a whole new set of dumb characters that have gathered to take part in a newer, bigger game.

Guide these characters through 52 action packed mini-games and try to stay alive long enough to get the highest score and unlock all your favourite characters.

Visit the multiplayer challenge arena and battle against your friends.

Pledge allegiance to your favourite Dumb Ways character and play for global domination on the team leaderboard.

Download the FREE game now and become the dumbest of the dumb. And remember, be safe around trains. A message from Metro.

Electric Fence Hurdles
Why are they electric? No idea, but you better jump them.

Don’t Block The Doorway
Don’t get in everyone’s way. Clear the doors!

Dynamite Relay Race
Don’t want the dynamite baton? Better pass it to the next person.

Dolphin Rodeo
Yee-Haw! Stay on the Dolphin as long as you can.

Lighting Pole Vault
You probably don’t want to vault too high in this lighting.

Forcing The Doors
Lend a helping hand by removing the limbs from the doors.

Rocket Ski Jump
Strap on those rocket skis and try to land a wicked jump.

Landmine Curling
Sweep the landmine into the ice before it blows you up.

Dropping A Phone
Dropped your phone? Doesn’t matter. Stay off the tracks!

You forgot to download Dumb Ways to Die 2 The Games.