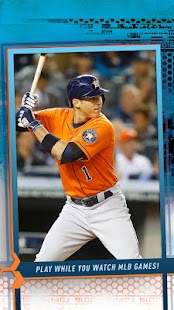 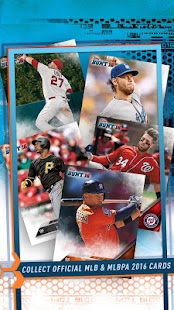 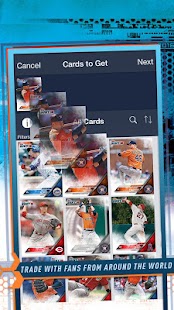 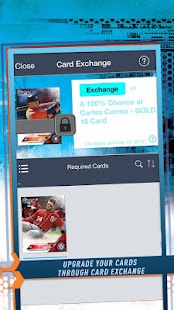 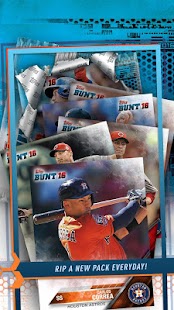 “I grew up dreaming of playing in the major leagues and being featured as the cover player for Topps BUNT is incredible." - Carlos Correa, Houston Astros shortstop.

Rising star Carlos Correa, the reigning American League Rookie of the Year, is ready for a new season of action with his favorite digital trading card app! After breaking into the big leagues early in 2015, Correa quickly rose to stardom, helping take the Houston Astros to the top of the AL West and recently signed an exclusive memorabilia deal with Topps, including being the official spokesman of Topps® BUNT® 2016!

The first ever real-time baseball trading card game is back for the 2016 Season! Slide into the nostalgia of card collecting and the competitive spirit of fantasy baseball with hundreds exclusive card designs! Set your lineup alongside live MLB games and unleash the baseball action!

COLLECT THOUSANDS OF MLB CARDS AND TRADE LIKE A PRO!
• Thousands of DIGITAL TRADING CARDS of today’s hottest MLB stars! Multiple cards released daily!
• Classic Topps meets the Digital Age: Relive your childhood with HD releases of your favorite BASEBALL LEGENDS – from as early as the 1950s through the current generation!
• Collect hundreds of new 2016 MLB Players!
• Join the best community of baseball card collectors in the world! Communicate with fellow members of BUNT Nation in the Fan Feed and propose trades to others around the world!

CONSISTENT RELEASE OF NEW CARDS – OPEN PACKS EVERY DAY FOR FREE!
• New cards and series released every day! Come back and use your free daily coin reward to collect your favorite MLB stars!
• Including the most dynamic card stores in the world, collect new series, artworks, and editions of cards that are released multiple times per day!
• Authentic and Official Collecting: Collect today’s hottest Major League Baseball stars on high-definition cards. New players added every week.

SET YOUR LINEUP FOR LIVE MLB GAMES!
• Reset your ultimate lineup every game day with your best BUNT® player cards and get real-time scores based on live performances!
• Watch live games and compete for points in real time against rival fans from around the world!
• Compete with other players in Contests to win rewards! Winners are determined by the total number of points earned by the cards played from their deck, which they play in real-time which they can play in real-time while watching their favorite team.
• The first ever “Flow of the Game” scoring feature: Swap cards in your lineup and feel the excitement of every hit, strikeout, double play or stolen base.

NEW FEATURES ON DECK FOR 2016 SEASON!
• Start LEVELING UP today as winning Contests and exchanging cards gets you experience points based on the new LEVEL scoring system.
• Swing into action with new streamlined interfaces and tutorials hosted by 2015 American League Rookie of the Year Carlos Correa!
• New CARD EXCHANGE feature where fans can trade in low-level cards for a higher boosted variant of the same player!
• New STORE DESIGNS that hold unique offers and special packs.
• New PROSPECT CARDS that score beyond the 2016 season.
• New monthly box releases, Signature and Relic cards released throughout the 2016 season.