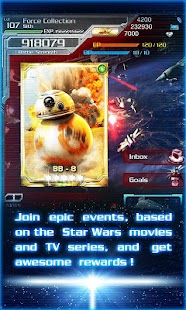 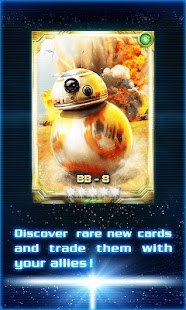 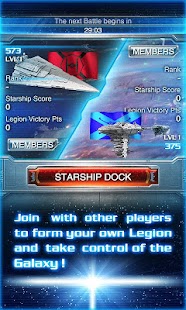 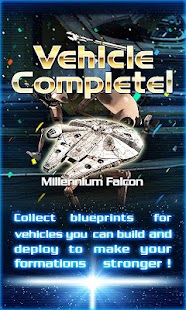 Use the Force in STAR WARS: FORCE COLLECTION!
Collect over 400 character cards and vehicles including Darth Vader and Luke Skywalker. Create your own unique battle formations. Each card has its own combination of card skill, attack range, and force attribution. Create a deck which makes these cards exert their true power! Battle with other players and prove your strength!

Join the Global “Legion” Battle!
The epic fleet battle which is one of Star Wars™’ highlights has now begun. Form a “Legion” with players around the world and fight in a real-time battle with other Legions! Before the battle starts, reinforce your Legion’s fleet together with your teammates. Win the battle and obtain stronger fleets. By joining a Legion, you will be able to have a training battle with your team members and also exchange information by using team chat. The bonds of Legion will make you even stronger!

In addition, big events themed on all six Star Wars movies plus Clone Wars are held regularly. Join these events which take place in many memorable scenes of Star Wars and receive awesome rewards!

Notes:
The purchase of in-game Crystals can speed up game-play but ALL players can play the entire game for free. Crystal purchases can help fill out a player’s deck of Cards which can be advantageous. You may lock out the ability to purchase in-app content by adjusting your device's settings.
This is an online game only. Users must be connected to the internet to play.