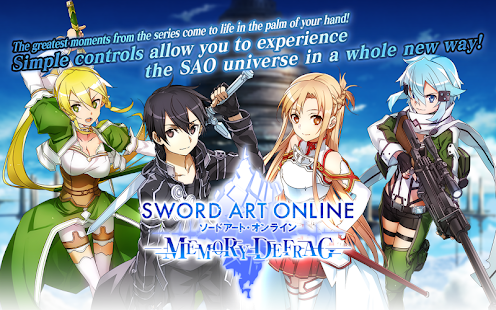 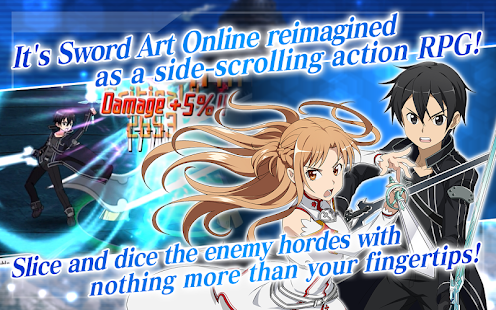 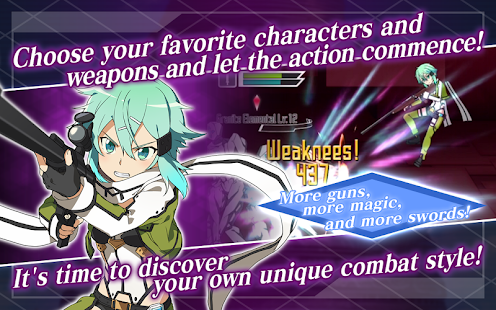 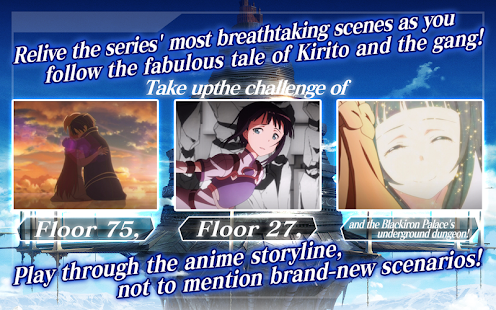 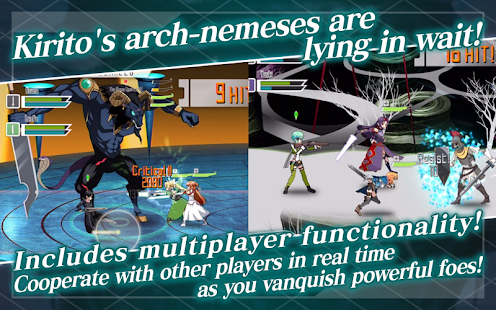 Brave the virtual world with the heroes of Sword Art Online in one of Japan’s most popular anime role playing games, the brand-new action RPG, SWORD ART ONLINE;Memory Defrag!

In SWORD ART ONLINE:Memory Defrag, players will join Kirito, Asuna, Leafa, and other fan favorite characters from the original manga and hit anime series from Japan.

Take on the role of legendary heroes in this unique action role playing game as you unleash a flurry of skills to vanquish a formidable army of enemies on the dangerous virtual frontier!

Master a variety of play styles, weapons, and skills such as Dual-wielding, one-handed swords, guns, bows, or magic to take on every kind of monster imaginable!

Features:
- Experience the original Japanese anime story and an all-new original storyline just for the game!
- Play with all your favorite characters like Kirito, Asuna, Leafa, and more from the manga and anime series!
- Join parties with friends and other players to take down massive boss monsters in multiplayer mode!
- Free to play and fun for everyone!

[Disclaimer]
(1) Operation is not supported for the models and OS versions other than those recommended.
(2) Depending on your usage, there may be cases where operation is unstable even with the recommended models.
(3) Regarding recommended OS versions, although it says [Android4.1.2 or later] this does not guarantee that it will support the latest version.

This application is distributed under the official rights from the license holder.